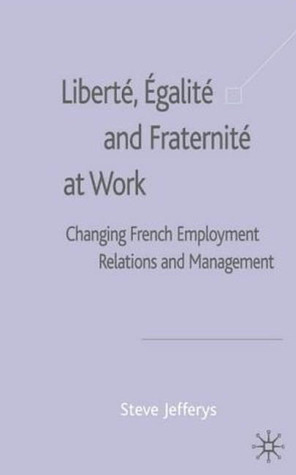 This is a relatively concise look at Employment relations in France. Taken from a contrastive Anglo-Saxon point of view, the author explores the intricacies of the French economic system and how industrial relations are different in France than other Western capitalist nations. In France, strikes, in particular by public sector workers, are notoriously common and tend to make headlines around the world. This study reveals some of the reasons for the French workers’ propensity to take strike action. The government tends to have a major effect on working life and state intervention is common in the French economy. From the effects of Vichy to the Gaullist dirigisme through to the more recent Aubry laws to the present day, the effects of the state, mixed in with the demands of employer and employee associations, there is a complex web of interactions. Trade Unionism in France is relatively undersubscribed but has a large ability to mobilise the workers en masse. There is a myriad of acronyms relating to the various unions and other associations. The CGT, the CFDT, the FO, the employer association Medef. All of these contribute in their own right to forming the employment relations. France has a strong welfare element to its state and has also moved away from its more traditional family-owned patrimonial role of the employer to being more Americanised in its business models with international pension funds being more predominant in the stock market. This book is a great introductory text for my History of French Labour course at Cardiff University and I felt that the author does a very good job of explaining how the French economy operates. I would imagine that over the next year I will be regularly thumbing the pages of this text for reference.