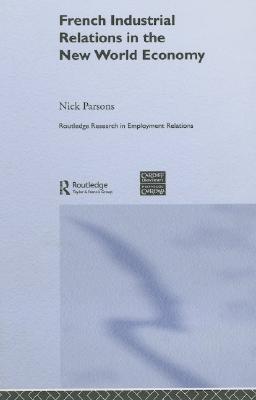 This book focuses on the different components that comprise French Industrial relations, neatly divided up into 8 distinct chapters with a thorough introduction and conclusion. Each chapter goes into detailing a particular aspect of the French Labour movement. It looks at the role of the State, Employers and also Trade Unions and the interactions that, often complicated, form the tenuous bond between each of these bodies. The climax of the book is in the final ‘Conflicts’ chapter which details strikes in France, a country where the population is globally recognised for its propensity to get onto the streets. France has a very strong Jacobin State, weak Trade Union membership and very high Collective Bargaining coverage. The uniqueness of French Industrial relations make this an interesting study and for my ‘History of French Labour’ course that I study at Cardiff University (taught by author of this volume, Dr Nick Parsons), the book is an essential read and a key source of reference. It builds on less comprehensive studies of French Industrial relations that I have picked up from other books.